Maravanthuruthu Mar Augen Orthodox Church was built in 19th century. It is the only church in malankara orthodox sabha in the name of Mar Augen, the great monk. The church is at Maravanthuruthu panchayath of Vaikom taluk in Kottayam district of Kerala state.

St.Gregorious of Parumala & Murimattathil Mar Ivanious (Baselious Paulose I) had combindly suggested the name of the church as Mar Augen Church in 19th century at the time of consecration. The Great monk Mar Augen who was the founder of monastic Christian community in Persia who led his mission works among Fishermans. Maravanthuruthu village was surrounded by water and in those days the livelihood of people was mainly boating, fishing, and farming. Due to these reasons our great Saints had suggested the name as Mar Augen Church.

Mor Augen Monastery was founded in the 4th Century and it had more than 350 monks in those periods. It was one of the main spiritual centres in Turabdin. In the last century, there were more than 20 monks and the last monk passed away in 1975. Due to the persecution of Christians in Turkey, Syriac Orthodox Christians had to flee to Europe and other countries and others moved to nearby villages of Turkey itself. As a recent development, two - three weeks earlier Raban Joachim who used to live in Patriarchate, started living there again and offered Holy Qurbana. H.E. Mor Themotheos Samuel Aktaz, the Archbishop of Turabdin was the chief celebrant of the Divine Liturgy and Raban assisted

Patriarch of Antioch, H.H Ignatius Zakka I, appointed Very. Rev. Fr. Joachim Raban as the abbot of Mor Augen Monastery in April 2010. However, Rabban had been staying in famous Monastery of Mor Gabriel in Turabdin which is very close to Mor Augen Monastery. With the help of the Rambans and other employees of Mor Gabriel Monastery, Very Rev. Fr. Joachim has restored the Monastery buildings. Now they are trying to restore the main church and vital parts of the monastery.

Mor Awgen is the traditional founder of Syrian monasticism. He originated from Qlysma (modern Suez) in Egypt, and started off as a pearl diver who gave pearls to the poor and needy. In mid-life he decided to become a monk at the monastery of St. Pachomius, and from there he set off to Mesopotamia, settling in the region of Mount Izla (the remains of the monastery dedicated to his name still stands on the slopes of Izla, overlooking the Mesopotamian plain). One account speaks of Awgen as one of the three great pillars of the monastic world, the other two being St. Antony in Egypt, and St. Hilarion in Palestine. Awgen is also said to have had two sisters, Thekla and Stratonike, both of whom founded convents. In the course of time the details recounted of his life took on legendary proportions; thus, for example, the number of his disciples became 70, in imitation of Luke 10:17. He is commemorated on the 20th April. 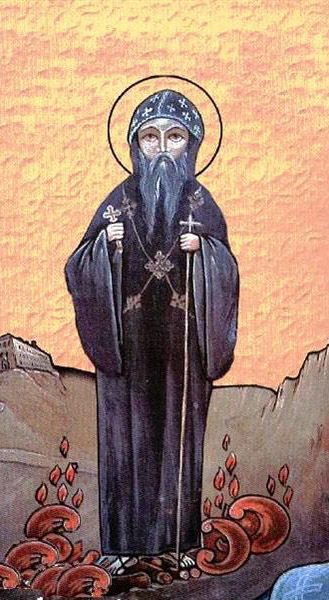 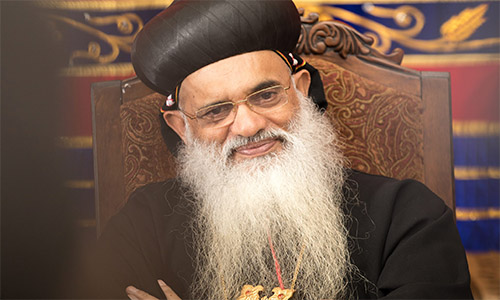 Catholicose of the East in Malankara

H.H. Baselios MarThoma Paulose II is the 91st reigning Catholicos of the East and the Supreme Head of the Indian Orthodox Church 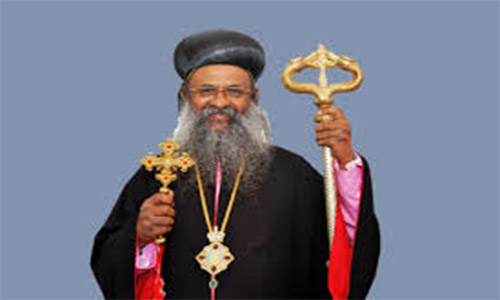 Is faculty at Orthodox Theological Seminary, Kottayam since 1984. He is Secretary to the Holy Episcopal Synod. 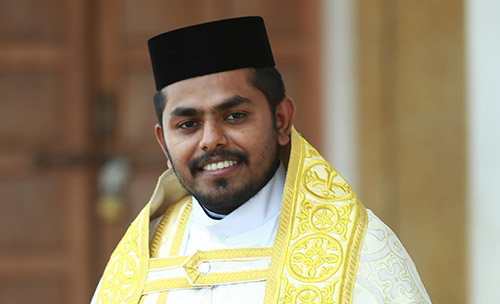 One of the youngest priest in Kandanad West Diocious of Malankara Orthodox Sabha ordained as priest recently.